One of a Kind – Video for children undergoing radiotherapy

One of a Kind – Video for children undergoing radiotherapy 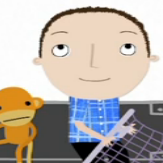 One of a Kind is the award-winning animated film designed for children who need to undergo radiotherapy.

It is the idea of Jancis Kinsman, advanced practice therapy radiographer at the Bristol Haemotology & Oncology Centre (BHOC). The film involved children who received radiotherapy at the BHOC and then took part in an Aardman animation to show others what it is like to have the treatment.

Jancis said: “I felt that a short animated film with characters that young children could identify with was the best way to communicate to them what it is like to have radiotherapy. The film is a valuable tool for preparing children and their families for radiotherapy and complements the wonderful work already done by specialist paediatric radiographers, oncologists and play specialists around the country.”