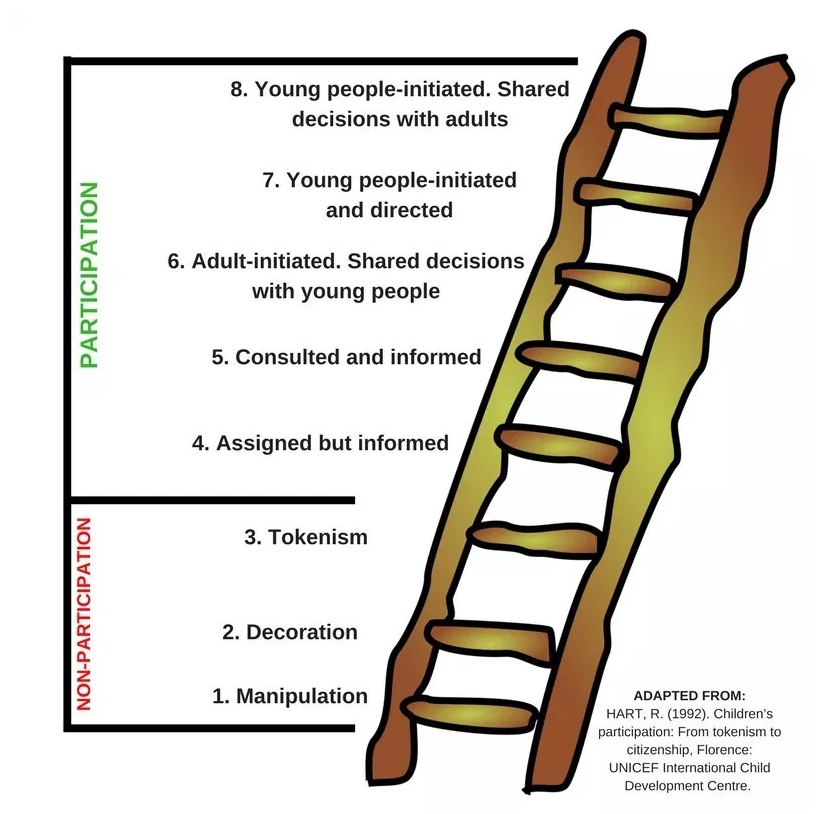 Roger Hart’s ladder of children’s participation is adapted from Sherry Arnstein’s “ladder of citizen participation” (1969) which related to citizen involvement in planning processes in the United States.

Hart’s model (1992) has eight rungs and two main zones he calls ‘Non-Participation’ and ‘Degrees of Participation’. The top five rungs, in the ‘Participation’ zone all represent different but valid forms of participation while the three lowest rungs are all designated as “non-participation”.

This resource can be used by commissioners and healthcare professionals as a guide when considering how to include children and young people in co-designing and delivering health and care services.